The store will not work correctly in the case when cookies are disabled.

Water is one of the most valuable resources to human life on this planet. So, why don’t we treat it as such? Water shortages have already started to affect the world in places like Cape Town, Sao Paulo, Melbourne, Jakarta, London, Beijing, Istanbul, Tokyo, Bangalore, Barcelona, and Mexico City. All of which have or will be approaching day zero within the next couple of decades.

Day zero is a term that was thrown around in Cape Town, South Africa in 2018. It's the day that four million residents were set to have their running water shut off indefinitely. It's the day that they would have to participate in water rations. Water would only be available at designated city water stations. Day Zero is counting down for Sao Paulo, Melbourne, Jakarta, London, Beijing, Istanbul, Tokyo, Bangalore, Barcelona, and Mexico City too.

By 2040, most of the world won’t have enough water to meet demand year-round. Here are some current facts

Simply put, we are dramatically undervaluing water, and that's a huge problem. We don’t perceive water as a finite and scarce resource it is because we can turn on the tap whenever we want. But freshwater is a finite resource, and if we don’t start to use our water resourcefully, we will run out. 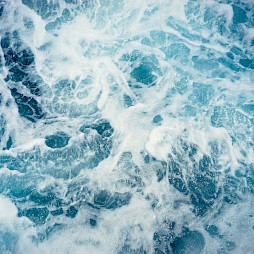 Now, you might be thinking, well, how we can we possibly run out of water if 71% of the world is made up of it? Well, 97% of all the water on earth is saltwater, 2% of freshwater is trapped at the poles, and the entire world relies on the remaining 1% of freshwater. And, out of that 1% of freshwater that is readily available to us, most of it is expensive to extract from the ground. Although it may not seem like a lot, that 1% of water is still plenty of freshwaters for the world to survive on. The catch is that we need to waste less and conserve more. 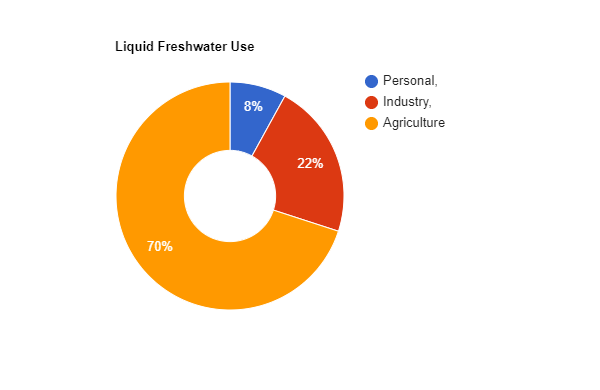 As you can see, 70% of our Freshwater use is agriculture, 22% is industry, and 8% is personal. The majority of our water goes into the ingredients that go into our foods. For example, it takes 510 liters of water to grow one kilogram of Alph alfa, the primary ingredient in cattle feed. The average cow consumes about 12kg per day, so when you divide it up, the average quarter-pound hamburger uses about 1,650 liters of water. Here’s a link to a Netflix episode that dives into our water consumption more here: Explained | World's Water Crisis | FULL EPISODE | Netflix

We know that personal use is accountable for 8% of all water consumption, so we work with our utility clients to incentivize water products as often as possible. As a result, with the help of our innovative marketplace technology, we sell hundreds of thousands of water kits each year. Getting water-saving technology into homes all across America.

How Can We Make A Difference At Home?

5. Take shorter showers. It might not seem like you'd be saving a lot by cutting down your shower time by five minutes a day, but it can have quite the impact. For example, the average person takes about 10 minutes in the shower. So, if you cut that 10 minutes to 5 minutes, you'd be saving 50% of the water you would previously use for that shower. For example, let's say that your showerhead allows 2.5 gallons of water to flow through it per minute, that would mean that in a ten-minute shower, you would use 25 gallons. By cutting down shower times by five minutes, you would save 12.5 gallons of water per day, and 4,562.5 gallons per year.

7. Turn off the water when you're brushing your teeth. The average sink has a flow rate of about 1.5 gallons per minute. So, if you brush your teeth for two minutes a day (one in the morning and one at night), then you're probably wasting 2.5 gallons a day. Totaling up to 912.5 gallons per year.

8. Do not prewash your dishes if you don't need to. Modern dishwashers and detergents are designed to be able to deal with pretty much anything you can have on your dishes and cups. By prewashing your dishes, you're not only wasting water, but you're also wasting your time. However, let's say that you do prewash your dishes and it takes about 5 seconds per dish. There are normally about 20 dishes per dishwasher cycle, 50 pieces of silverware, and about 20 cups. Totalling 90 items that would need to be pre-rinsed. By spending 5 seconds pre-rinsing your dishes, your spending a total of 450 seconds, or 7 1/2 minutes cleaning your dishes before they go into the dishwasher. Based on the previous point, over 7 1/2 minutes, you would be using 11.25 gallons of water per cycle. Let's say that you run your dishwasher twice a week, which means that you're wasting 22.5 gallons per week or 1,170 gallons per year.

10. Be conscious of your water use. There isn't a simple solution to our freshwater problem. There has to be worldwide reform in the way that we think about water. We have to start treating freshwater as the valuable and finite resource that it is. This is a constant problem that will continuously need to be addressed as time goes on, or we will run out.

Volusia.org - 25 Ways to Save Water

USGS - How Much Water is There on Earth?

Heatworks - How Much Water Does The Average American Waste?

NPR - When You Waste Food, You're Wasting Tons Of Water, Too

water-conservation
by William Rauscher
Categories were not found

Why Energy Star Products?
Categories were not found